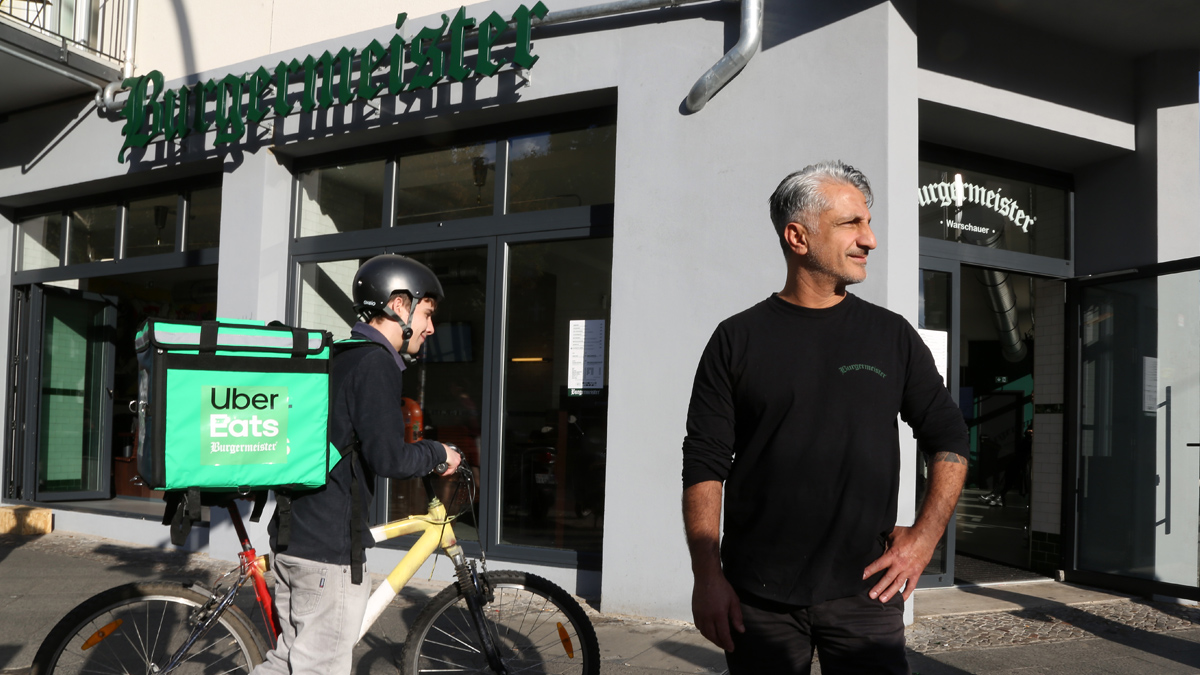 Burgermeister first location was founded in 2006 in a former public outhouse. Since then, Burgermeister has expanded its presence, and also wants to expand beyond the borders of the capital. The exclusive partnership with Uber Eats in February also contributes to this.

Since February, Burgermeister has been delivering in Berlin exclusively with Uber Eats. It has been extremely successful according to both companies. The store at Kottbusser Tor recorded a peak of 585 orders in one day. According to Uber Eats, the high demand at the beginning of the cooperation at “peak times caused the systems to collapse briefly”. Some Burgermeister stores have temporarily extended their opening hours in the evening in order to be able to meet the high demand.

Due to the great demand, Burgermeister recently opened two more locations in the capital. One on Alexanderplatz and the other on Warschauer Strasse. At the end of the year, Burgermeister will open its largest flagship store in Berlin, which will extend over two floors. There will then be a total of ten Burgermeister locations in Berlin.

The concept of the three new locations was specially developed for deliveries with Uber Eats, the delivery service reports. For example, there are delivery receipts so that the drivers of the delivery partners can pick up the orders even more easily without disturbing the regular restaurant operations. “For us it is very important that our customers get their order quickly and reliably and that we have a partner at our side who understands us and our requirements. With Uber Eats we were able to significantly expand our business and improve the satisfaction of our customers in Berlin.” , says Cebrail Karabelli, founder of Burgermeister.

Expansion to Germany and the world

In the next year, the burger chain will expand to other German cities. Locations are planned in Leipzig, Munich, Hamburg and Cologne, among others. There, too, ordering and delivery will take place in cooperation with Uber Eats.

In a next step, Burgermeister would like to open the first branches abroad in 2023, first in Greece and Great Britain, later also in the United Arab Emirates and the USA. “Berlin is not enough for us, we want to offer our culinary expertise in other cities, and also in other countries”, says Robert Fügert, COO of Burgermeister. Uber Eats will be a reliable partner in this. “Our successful partnership with Burgermeister shows the potential that Uber Eats can offer as a platform and delivery service for restaurants. With transparent reporting, excellent and reliable service and targeted marketing measures, we contribute to the success of our partners,” says Bas Ouwehand, Head of Restaurants Uber Eats Germany.

In order to be prepared for growth, the burger chain is also building a central production facility in Berlin-Tempelhof. The ingredients for the various locations are then prepared in a 3000 square meter kitchen and bakery, so that customers in every city can enjoy the consistently high quality. The company relies on buns from its own bakery for its burgers and the patties never come out of the freezer, but are always freshly prepared in their own production facility. The beef comes exclusively from free range animals that feed on Irish grass.