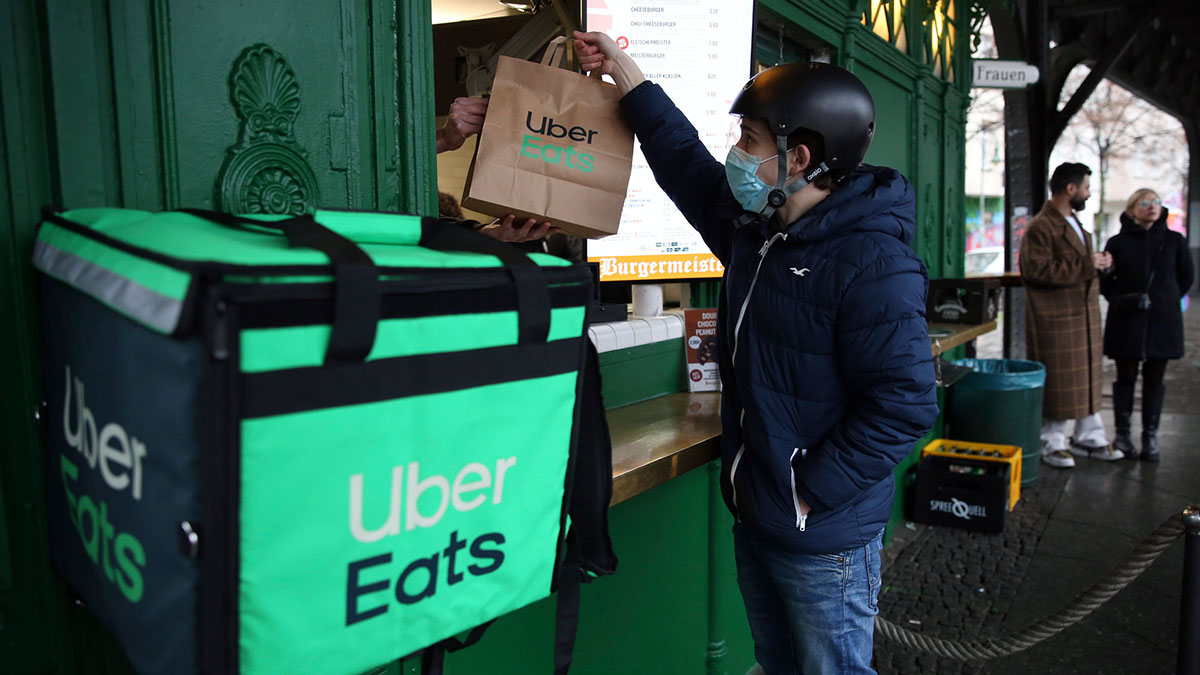 Berlin, February 1, 2022 – Burgermeister®, the capital’s hottest burger chain, which has its origins in Kreuzberg, and Uber Eats, the platform for food delivery, are launching a strategic cooperation. Starting Tuesday, February 1, 2022, Uber Eats will become the exclusive delivery partner of all six Burgermeister® stores in Berlin. Burgermeister® is already one of the most popular restaurants in the Uber Eats app with the unmistakable taste of its burgers and fries. As part of the partnership, both companies want to provide even more people in Berlin and other cities in Germany as well as internationally with the popular burger creations.

For all burger lovers, the partnership has a special highlight in store: the “UberMEISTER”. The ninth burger creation on Burgermeister’s menu was developed jointly by both companies. It consists of two beef patties, cheese, roasted red peppers, fried onions, dill cucumber, mayo and of course the perfect brioche bun. In addition, Burgermeister® and Uber Eats are celebrating the beginning of the partnership with attractive offers: New customers receive a 15 euro discount on their first order (“BURGERMEISTER15”), while all regular customers benefit from a two-week “2 for the price of 1” promotion.

“Our customers love Burgermeister®,” says Bas Ouwehand, Head of Restaurants Uber Eats Germany. “That is why we are looking forward to working even more closely with the Burgermeister® team as an exclusive supply partner in the future and to growing together in Germany. And honestly, which company wouldn’t also like to have its own burger?”

“Just like Uber Eats, we at Burgermeister® have ambitious growth plans. Uber Eats is the perfect partner for us to be able to offer our popular burgers to many more people in Berlin and soon in other cities in the future,” says Cebrail Karabelli, founder of Burgermeister®. “Together with Uber Eats, we have already delivered and created the new ‘UberMEISTER’ for our fans.”

Everyone knows the small green house in the middle of the street, under the elevated railway tracks in Berlin-Kreuzberg – and this is where it all began in 2006. Meanwhile, Burgermeister® is not only the favorite burger shop of the capital’s residents, but people from all over the world rave about the products of the burger chain. The special thing is the effort that Burgermeister® is willing to make: Only fresh and high-quality ingredients are used. In our own productions, the food is processed every day and the products are produced with passion. Burgermeister’s recipe for success is that guest satisfaction has always been paramount. Thus, Burgermeister® has developed into a real crowd puller and should not be missing on any visit to Berlin.

Uber Eats, one of the world’s leading food delivery apps, makes ordering food as easy as booking rides. With the help of proven Uber technology, Uber Eats allows you to order your favorite food exactly where you are – in your own four walls, in the office or in the park. The app connects restaurants, consumers and couriers on two wheels, so that ordered food arrives in the shortest possible time. Worldwide, Uber Eats is available in more than 6000 cities on six continents. In Germany, Uber Eats is currently available in Berlin, Bonn, Düsseldorf, Essen, Frankfurt, Hamburg, Cologne and Munich.