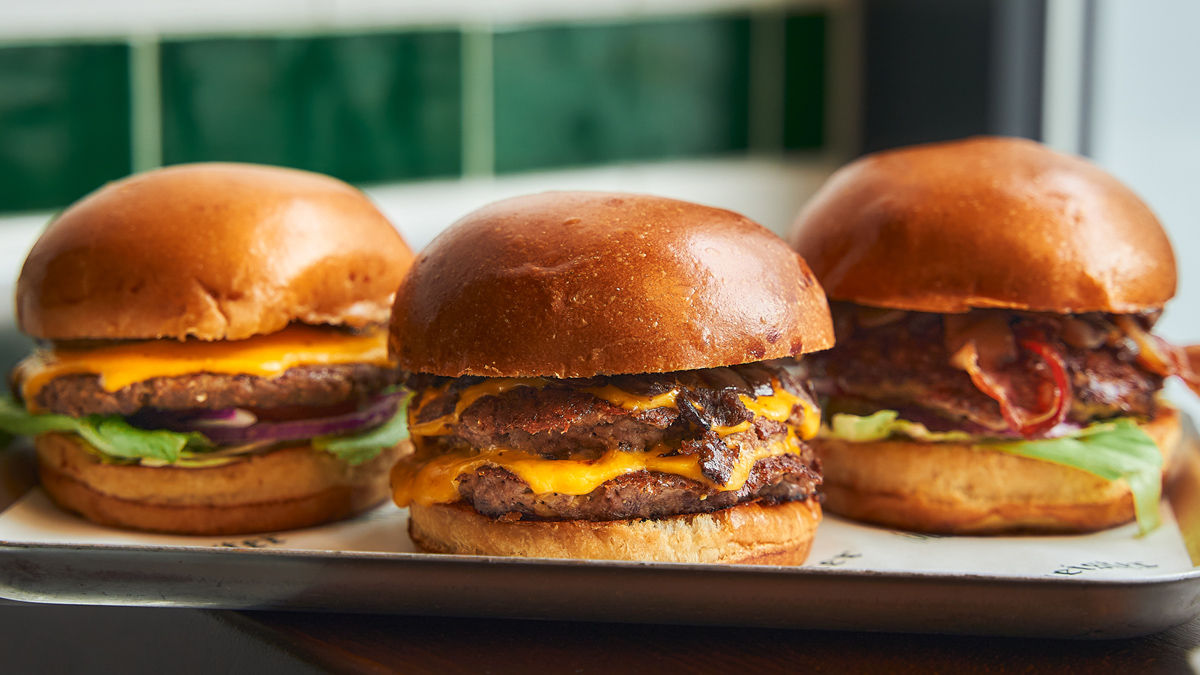 Three young women dance on the sidewalk – without music. They pose in front of the logo of a fast-food restaurant from the Burgermeister chain in Friedrichshain, while a third woman is filming for a short video on the TikTok platform. “We have something like that all the time,” says Cebrail Karabelli, the managing director of Burgermeister. The brand is now known far beyond Berlin and attracts tourists. The restaurant on Warschauer Strasse is the newest of nine Burgermeister branches in the capital. A large flagship store with two floors is to be added at the end of the year. Expansion into other German cities is planned for 2023: Leipzig, Munich, Hamburg and Cologne. After that, the chain wants to conquer foreign markets: Greece, Great Britain, the United Arab Emirates and the USA, the homeland of burgers. The company works closely with the delivery service UberEats.

In 2006, Cebrail Karabelli would never have dreamed of something like this. At that time, the restaurateur opened the first Burgermeister snack bar at Schlesisches Tor underground station in Kreuzberg, in a former public toilet. The snack bar caught the eye and quickly gained cult status among the guests of the surrounding clubs. Although business was going well, he initially had no plans for expansion, says Karabelli today: “I rested on my laurels for a long time.” He came to expand the company almost against his will. There were problems with suppliers, for example. The entrepreneur decided to produce the patties, the burger patties, in his own butcher’s shop in Treptow. The first branch was added in 2015, a restaurant at the Kottbusser Tor in Kreuzberg, much larger than the booth. It went so well that the butcher’s shop couldn’t keep up, says Karabelli. Then he was “lucky” and was able to take over the production hall of a food manufacturer in Tempelhof. Burgermeister now also produces the hamburger buns itself. The in-house bakery produces up to 12,000 buns a day and can increase its capacity to over 50,000 if necessary. The new restaurants in Leipzig and Hamburg will initially be supplied from Berlin. If more cities are added, it could become necessary to set up “smaller satellites”, i.e. outsource parts of the production to the respective region, says the founder. Karabelli admits that he was overwhelmed by the growth of his own company. Then there was the corona pandemic. Suddenly, operations had to be switched to deliveries. Robert Fuegert came to the company as a rescuer, as operational manager and expansion manager. Fuegert has lived in the United States for a long time and claims to have “brought the doner kebab to New York”. In the 1990s he ran a kebab joint in the borough of Manhattan. He then moved to a logistics company that worked for the automotive industry, including Tesla. At Burgermeister, Fuegert optimized the processes and systematically expanded the cooperation with UberEats. Its platform is now directly connected to Burgermeister’s software.

“Every order goes straight to the kitchen,” explains Fuegert. So there is no intermediate step in which a human accepts the order. That saves time. The new branches are also structurally on
adjusted the delivery service. The deliveries are handed out through a window, the drivers do not have to go to the restaurant. According to UberEats, the average delivery time using this method is less than 30 minutes. The delivery service supports its exclusive partner with data and statistics, so that, for example, personnel planning can be adapted to the expected workload.
Burgermeister started as a classic fast-food restaurant, the processes were subsequently digitized.

Visit Our Latest Location in Berlin

We're proud to announce the latest addition to our growing family. Our newest location is…